Góbéfest was established in 2017 to celebrate the little-known culture and traditions of the Székler people – a group of ethnic Hungarians living in Transylvania, which is part of Romania. A Góbé is a friendly word for a ‘crafty Székely’. With its roots firmly in Transylvania, Gobefest will also showcase the practices and folklores of other cultures from across Europe.

Main stage acts promise to span every genre and draw from across the Carpathian Basin region of Eastern and Central Europe. In the family tent you can expect music, arts and crafts workshops for all ages.

Event organiser Ottilia Ördög is herself a Székely, now settled in UK for almost 30 years and working as a cultural leader. She says: “You have heard all the mysterious myths and legends, now come and experience the magic of Transylvania, right in the centre of Manchester.

Góbéfest promises to be a unique celebration, offering a dazzling extravaganza of music, dance, cuisine and multicultural activities , captivating the whole family with the authentic and diverse sounds, tastes and flavours of Transylvania and the Carpathian Basin.” 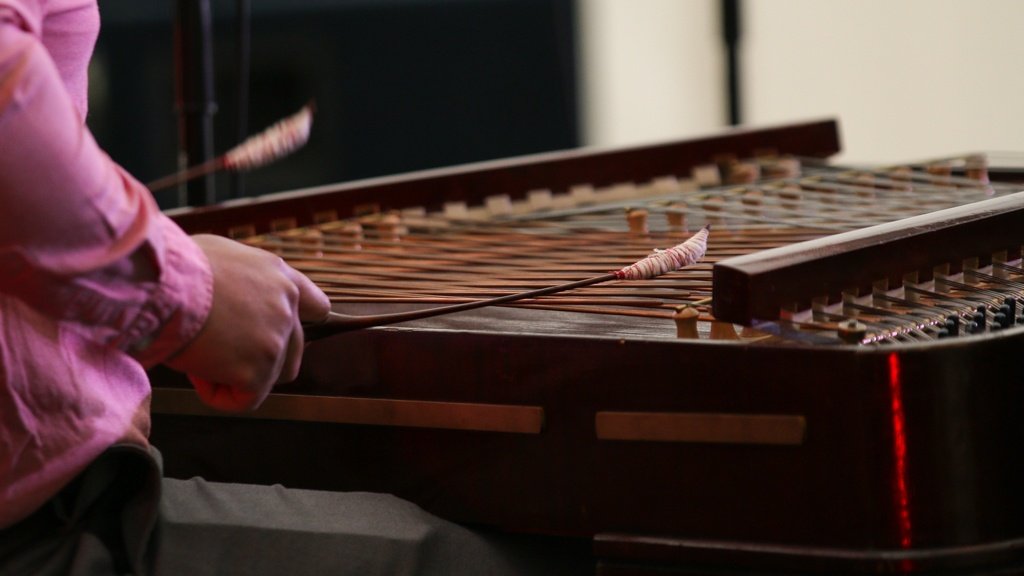 Music is at the heart of Góbéfest, as we welcome award-winning musicians from the Carpathian Basin to perform everything from energising folk music right through to classical, jazz, rock and world music. Góbéfest aims to encourage international collaborations between musicians and showcase new music commissions. 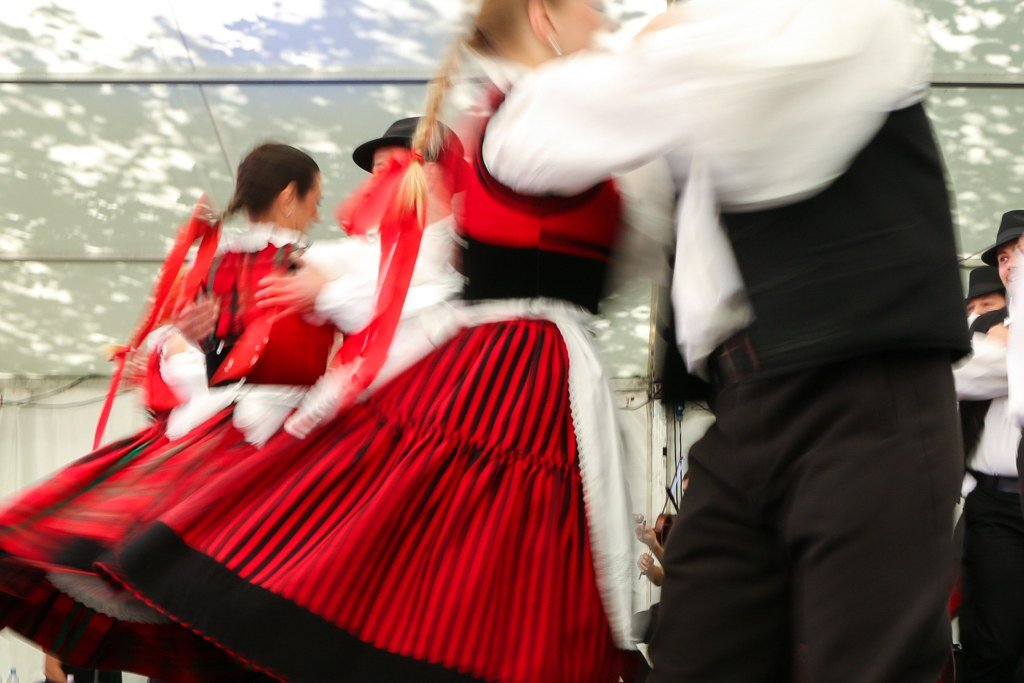 Dance will also play a major part in the festival and we will welcome several folk dance troups from all around the UK. Come and learn the steps of the Csárdás, a traditional Hungarian folk dance which starts out slowly and end up fast, or get involved in the Góbéfest Táncház, a Dancehouse event which involves the audience in the performance. Expect to see some colourful costumes from various parts of the Carpathian Basin, and you will surely learn some new melodies too. 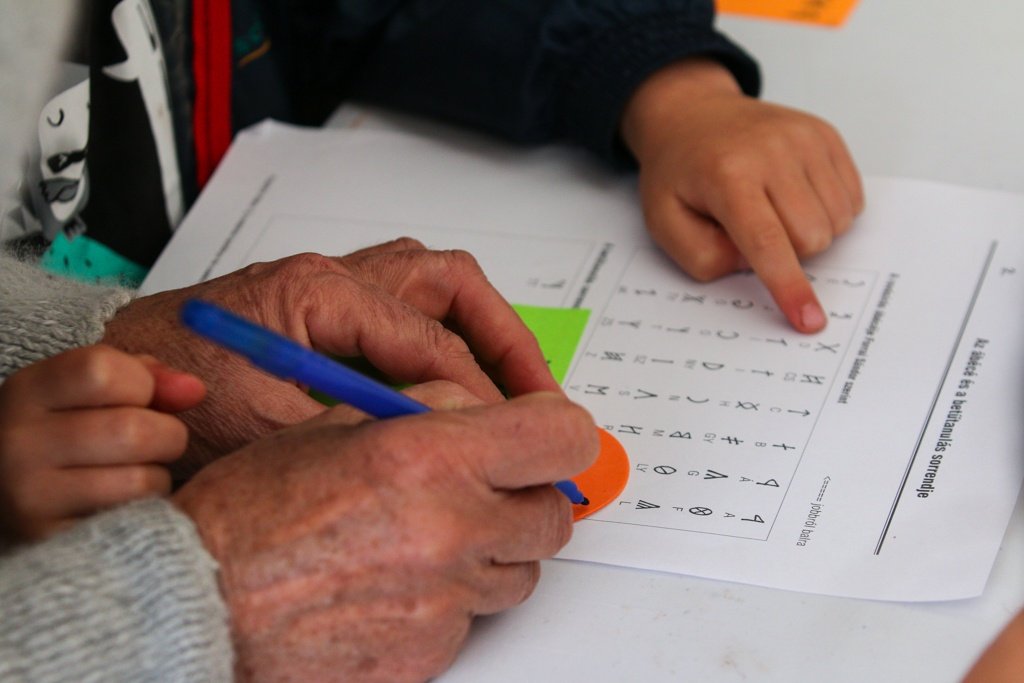 There will be opportunities for people to get to know the Hungarian culture, through workshops and activities for all age groups to enjoy.  From community music workshops, using the popular Kodály method, an internationally known method of music education; to other exciting arts crafts activities. Look out for our open days and outreach workshops, leading up to the festival. The festival team of award winning artists and facilitators, all eager to help you discover something new, whether it’s an unusual instrument or a brand new rhythm. 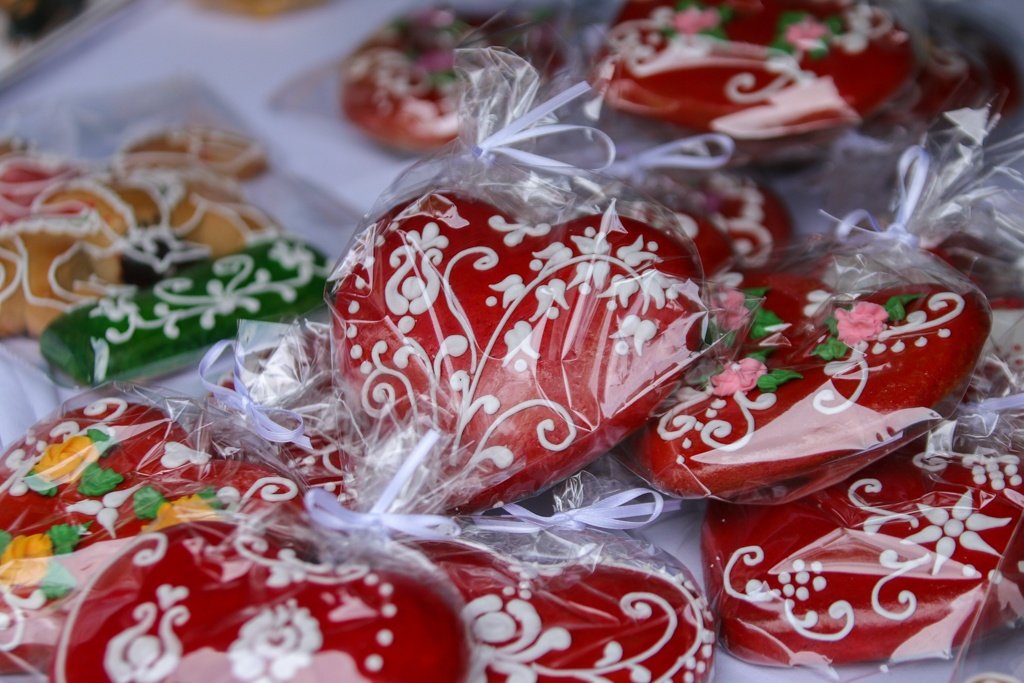 Visitors to the festival will be able to taste of range of delicacies and delights, such as Lángos, Kürtőskalács. Mititei and Gulyás, whilst admiring the array of arts and gifts stalls.  We are selecting some high quality market stall holders from around Europe, bringing a selection of unique offerings for everyone to try.

Kürtőskalács – A type of chimney cake originating from Székelyland but also highly popular in Hungary. 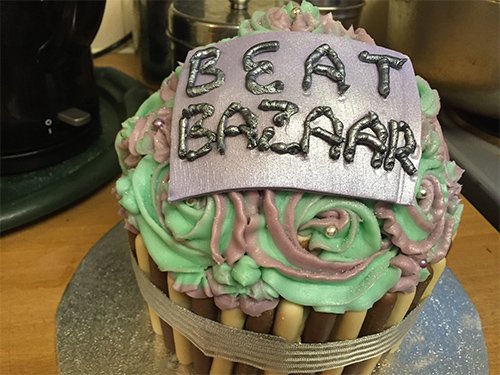 Góbéfest is organised by Beat Bazaar Projects, led by cultural leader Ottilia Ördög.  Beat Bazaar Projects is a local not for profit creative and cultural organisation, that works in partnership with other local community organisations in Manchester, the UK and throughout Europe. Community members and young people are contributing to the Góbéfest preparations , eagerly looking forward to sharing their culture with the wider Manchester community. Festival volunteers and contributors come from diverse backgrounds, originating from around Europe, including Hungary, Romania, Slovakia, Serbia, Bulgaria, Latvia etc. 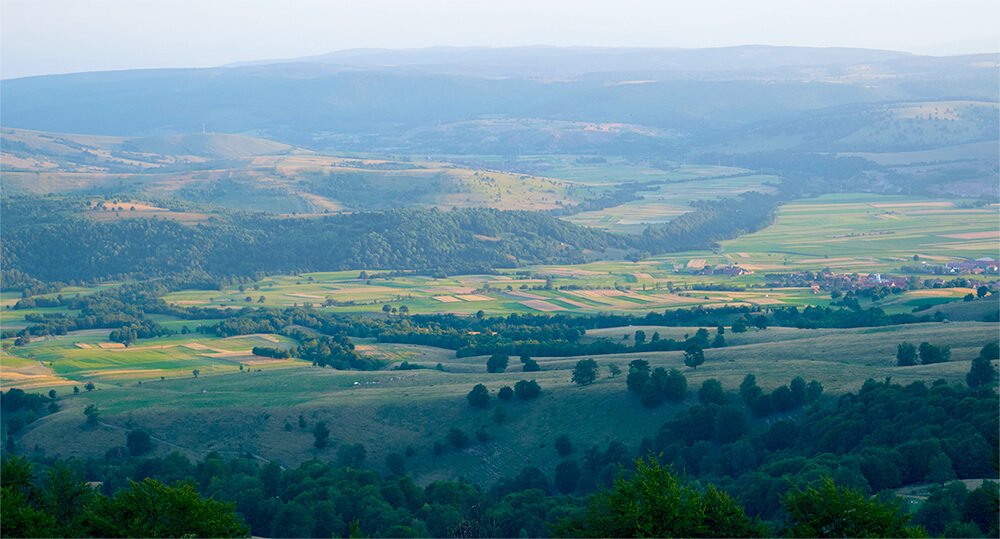 Góbé is a word meaning “crafty Sekler”. The Székelys or Székely are ethnic Hungarians living in SzékelyLand, an ethno-Hungarian region in Transylvania, Romania, which literally means “the land beyond the forest”. Székelyland in Transylvania is very rich in music, folklore & culture and it is simply beautiful. Mountains, magical springs, volcanic lakes and deep velvet forests, which inspire the folklore and melodies to continue. A lot of the classical music you hear today has been influenced in some way by the powerful folk music created in these forests. From Beethoven, Brahms, Strauss, Liszt, to Zoltán Kodály and Béla Bartók. SzékelyLand in Transylvania is also a favourite holiday destination for Prince Charles, who visits the area regularly, and is particularly fond of the environmentally-friendly farming methods used by the Székelys. Góbéfest aims to raise awareness of SzékelyLand in order to help preserve the truly spectacular wild forests of the region and to protect the rich and diverse cultural heritage of this magical place. The Transylvanian Forests are the last remaining forests in Europe, full of wildlife that is already extinct in Europe, such as bears and wolfs. Brave, feisty and deeply emotional in nature the Góbé heritage and traditions are centuries old, passed on by ancestors through song, verse and folklore. According to legend, the Székelys are descendents of the Huns, and they maintained their warrior spirit up until today. Góbéfest aims to capture the wholeheartedness and authentic zest of the Góbé lifestyle and give Manchester something new and different. 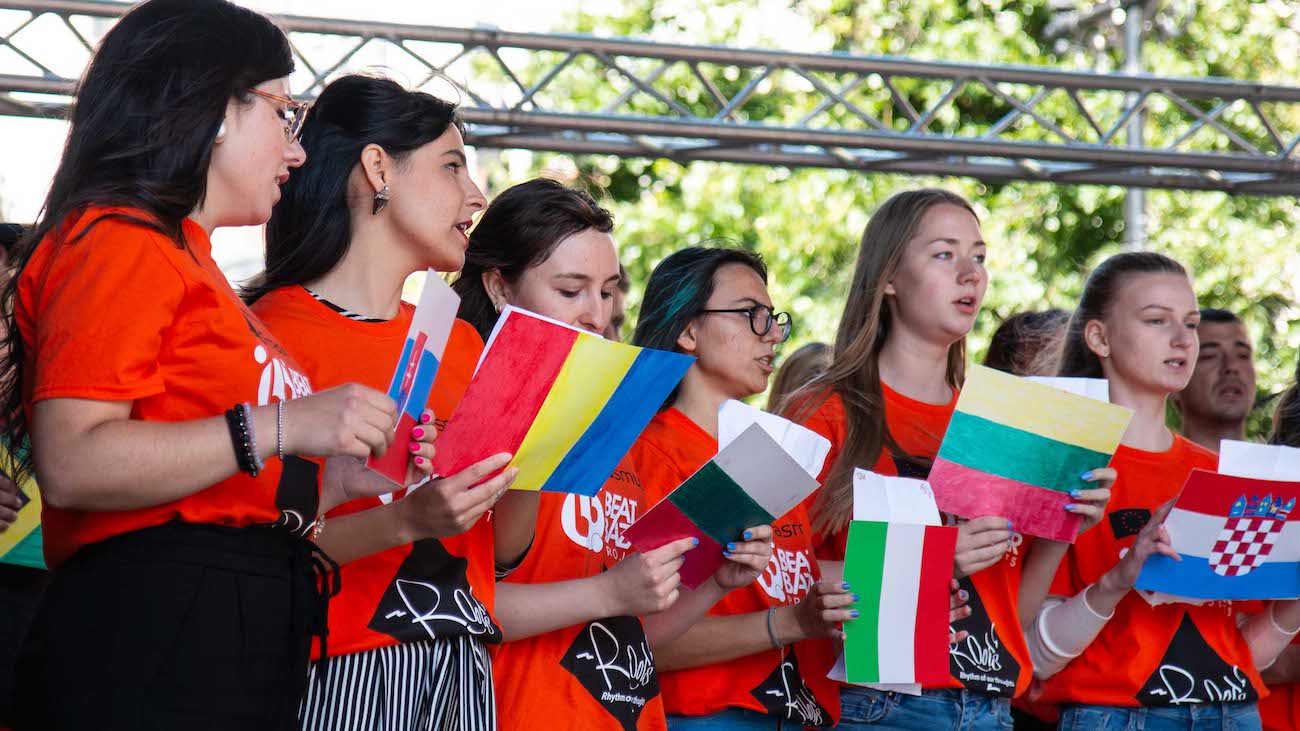 The Góbéfest  event manager and producer is the founder and director of Beat Bazaar Projects, Ottilia Ördög.  Ottilia is cultural leader from Manchester who has been contributing to Manchester’s cultural life for the last 22 years. In 2013 Ottilia founded a not for profit company, Beat Bazaar Projects, which provides music making opportunities, international projects, events and training for young people and the community, increasing participation and engagement in music and the arts.  Ottilia works with a creative team of freelance event professionals,  who are experienced in delivering high quality community, cultural and music events. 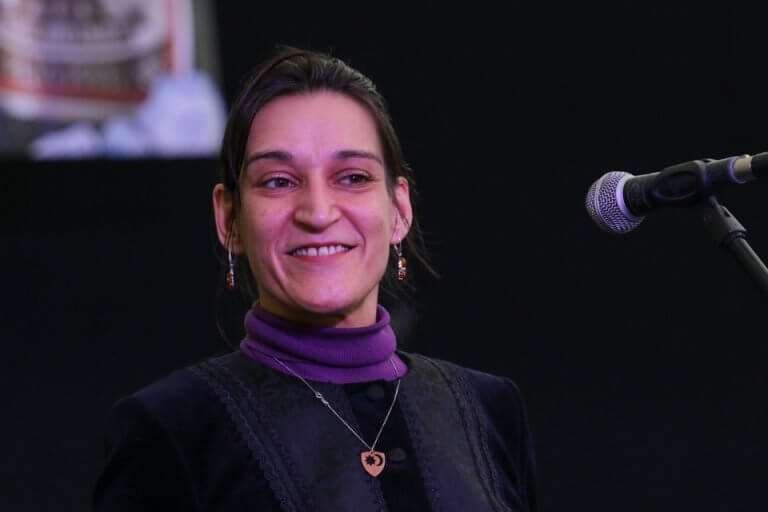 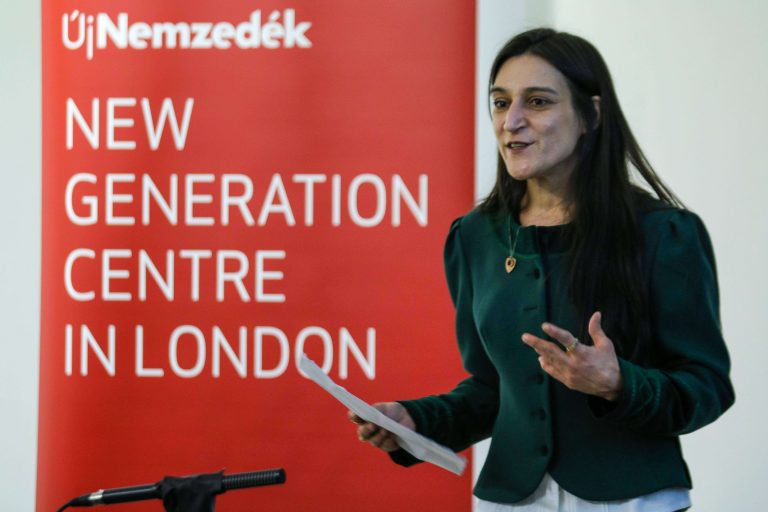 Prior to Beat Bazaar, Ottilia was a Youth Music Project Leader for Gorse Hill Studios Trafford MBC for 12 years,  a youth arts and music centre dedicated to the development of young people through high quality cross-arts provision.  Before that she was promoting drum and bass events around Manchester and managing artists and DJs. Until recently she was also a Radio Presenter hosting her own show on Unity Radio 92.8FM. Her background includes various roles in the creative industry as an event manager, promoter, artist manager and in label development. Since its launch Beat Bazaar Projects has developed several cultural projects dedicated to promoting and highlighting European culture, bringing people together to get to know each other. In 2013 she organised a Hungarian embroidery exhibition at Gorse Hill Studios, Treasures of Kalocsa which involved the local Hungarian community. Later that year she took a group of young artists from Manchester to an Erasmus youth exchange focusing on arts and performance to Karlovac in Croatia. In 2014 she launched a project called Euroskankin, which brought together young artists from Europe based in Manchester to develop new pieces of music using their own languages and showcase a multilingual performance. In 2015 Ottilia welcomed a touring theatre company from Romania, the Osono Theatre and held a performance in the Dancehouse Manchester and Alma Theatre in Bristol. That year Ottilia also won a place on the UK’s most prestigious Clore Cultural Leadership Programme, and became a Clore Fellow for a year. In 2016 Ottilia took another group of Manchester artist to Karlovac for an arts exhibition and street festival. In 2017 Ottilia gathered a team of diverse artists and cultural leaders, and organised the first instalment of Góbéfest, which attracted 10000 people to Albert Square and showcased the work of 250 artists from 3 European countries. Ottilia introduced the Székely culture the UK raising awareness of ethnic minorities in Europe, and exploring the deeper meanings of diversity. Góbéfest opened up further opportunities for cultural and artistic exchanges amongst various European cultures. As a result,  Beat Bazaar Projects has recently hosted a partnership Erasmus training projects entitled International Bridge Builders, which  welcomed youth workers from 8 European countries to Manchester and Romania.  Currently the organisation is busy working towards 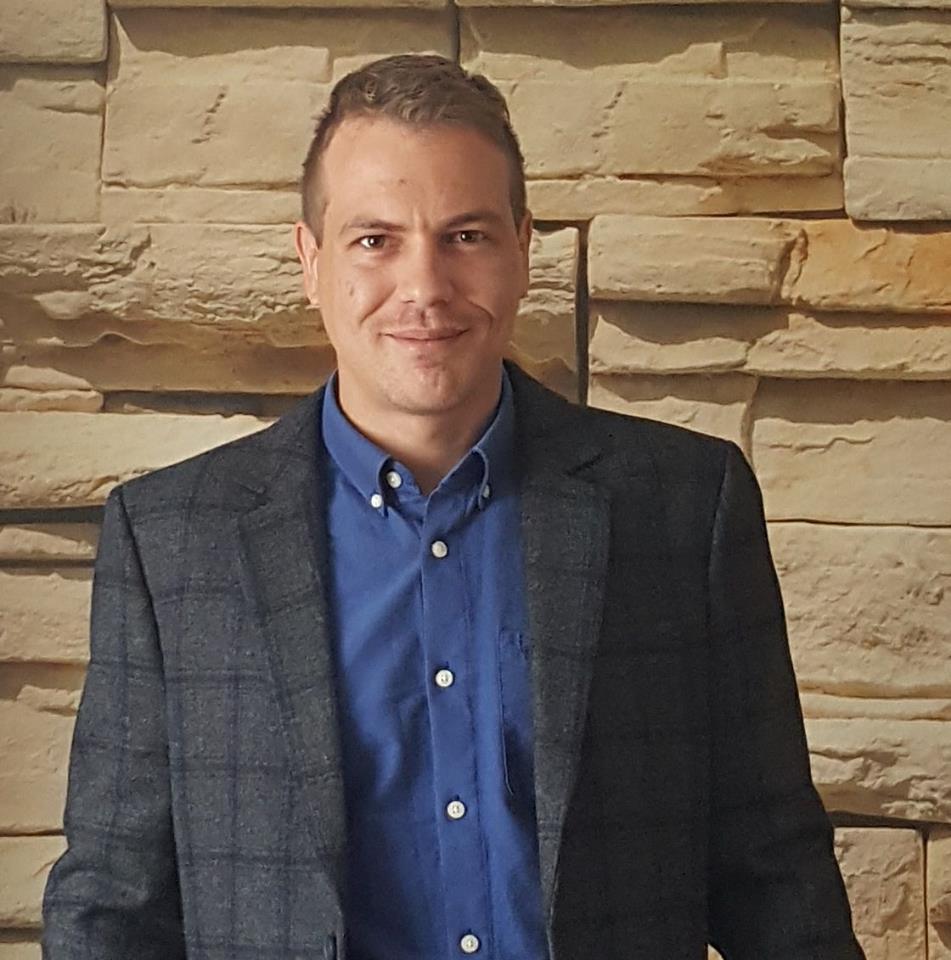 INTERNATIONAL MARKET COORDINATOR & EVENT ASSISTANT
Gábor is in charge of coordinating the festival market and supporting the international traders who will be taking part in Góbéfest. Hardworking, trustworthy and talented, Gábor is an experienced event coordinator as well as a skilled craftsperson. 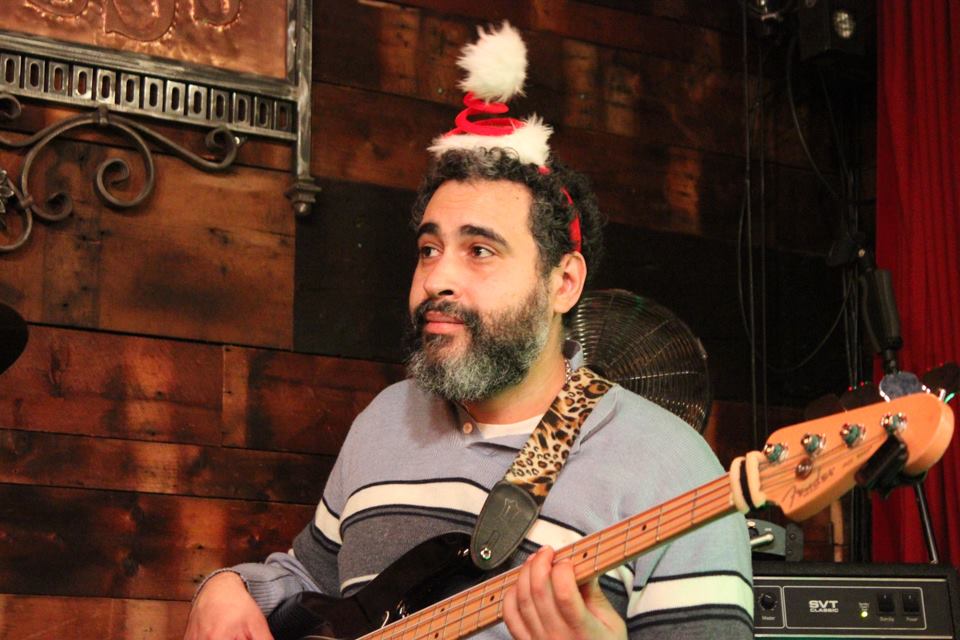 FESTIVAL TECHNICAL COORDINATOR – STAGE MANAGER – SOUND ENGINEER
I am a freelance sound engineer working on tours with bands around the World, Taking Tour managing duties on many of the smaller tours. I work at several venues around Manchester and for PA companies Audile, Hollowsphere and WR. I also lead youth music workshops for Beat Bazaar working with hard-to-reach young people in professional studio environments, supporting them to develop music and studio skills. 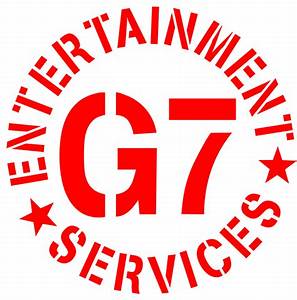 The Góbéfest Site management will be handled by G7 Entertainment Services who will manage the site and ensure everything is set up according to our plans. 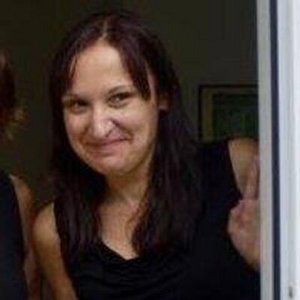 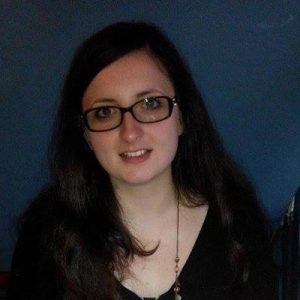 ASSISTANT STAGE MANAGER
Gyopár is a professional musician, choral conductor and cultural leader. Gyopár studied at the Franz Liszt Academy of Music, currently she is at Manchester Metropolitan University on a Educational Leadership Masters. She is also the Director of the Zsigmond Király Hungarian Cultural Club in Manchester, which organisation has set a goal to helps Hungarians in the North-West to keep live their colourful cultural traditions and also helps to integrate the families to the life in the UK. Gyopár and her organisation ofter work in partnership with Beat Bazaar Projects. 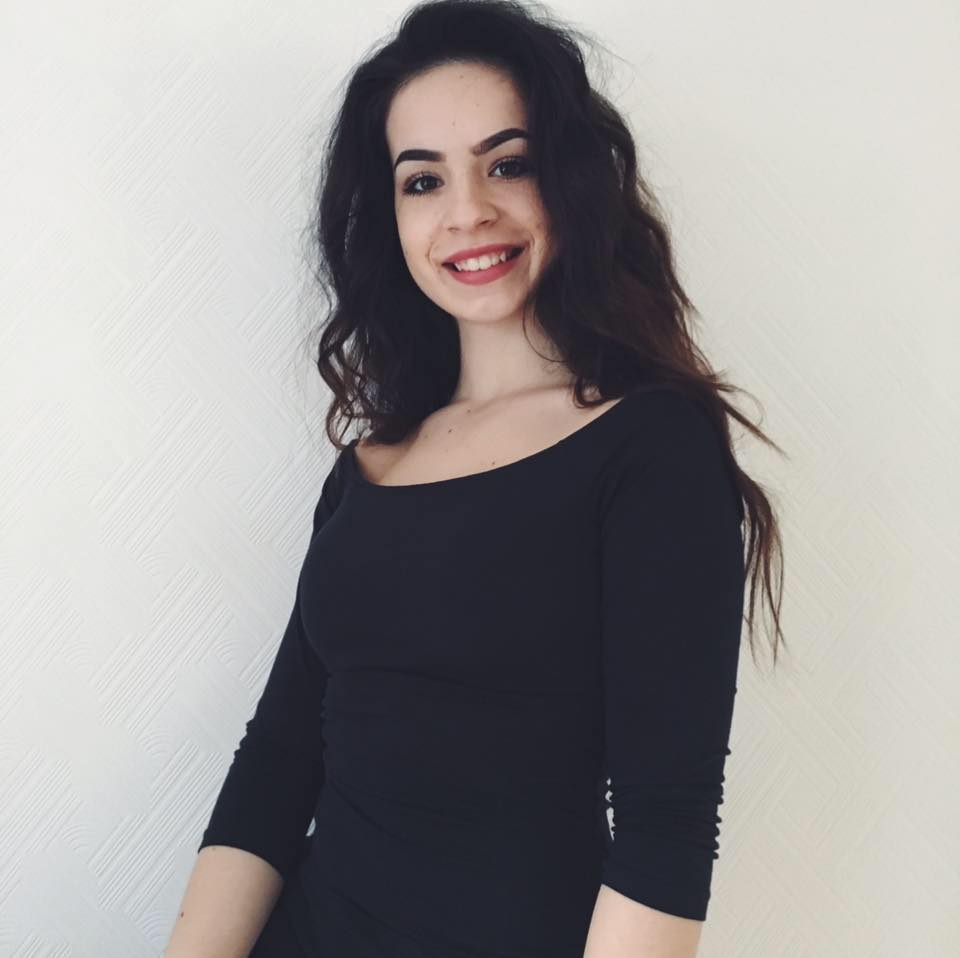 EVENT ASSISTANT & ARTIST LIAISON
Boró was a key part of the festival team last year, helping all the international artists with their queries and offering vital information to the general public. Boró is working towards an Arts Award Gold. 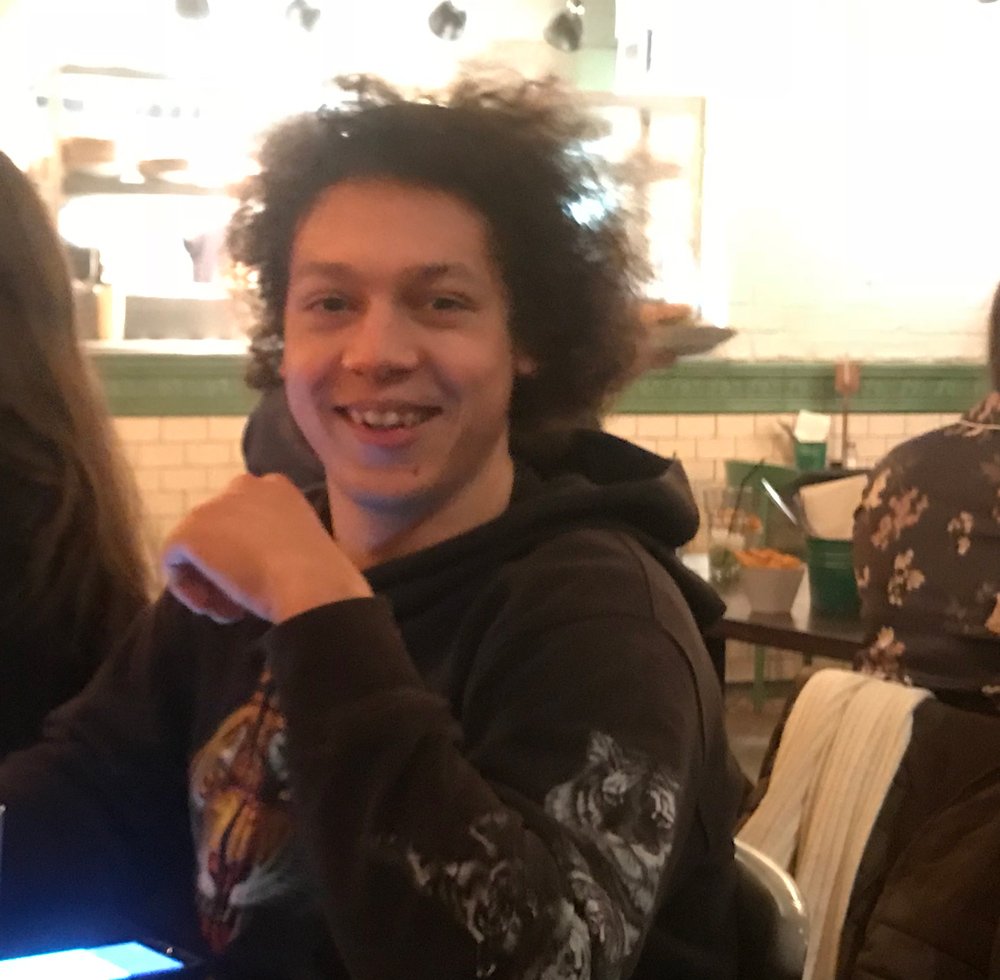 EVENT STEWARD & CREW MEMBER
Morgan has worked with Beat Bazaar from the very beginning in many roles as a young volunteer, film maker, photographer, event steward, youth leader. Morgan enjoyed working at Góbéfest last year so much, he decided to undertake an event security training course. He is now a fully qualiified SIA security guard, and he also works as a freelance crew member with G7 entertainment services.

WEB & WORDPRESS DESIGNER
Istvan is a self-taught web and WordPress designer. Devoted to designing pleasant and lovely interfaces for an exceptional user experience. He is the owner of PixelBeast Srl. Which is a small, but passionate web design agency from Transylvania. Istvan has redesigned the Gobefest website in 2019 to reflect the traditional Sekler-Hungarian roots.